Broadcasts are high-priority multi-CTA campaigns that can display all the time, or within a given timeframe.

Broadcasts help you streamline your conversion marketing workflow by launching multiple CTAs together that achieve the same goal, as well as help you schedule campaigns that take priority on your website.

Let's say we want to show a cyber promotion only this week. ConvertFlow's broadcasts allow us to launch a top-priority campaign, that take priority over our website's standalone CTAs.

How to create a broadcast

Click "New Broadcast +" to create a new broadcast. For this broadcast, we'll want to choose from a template.

This takes us to the template directory. Let's choose the "promotional campaign" template which looks like it would be ideal for our website's broadcast campaign. 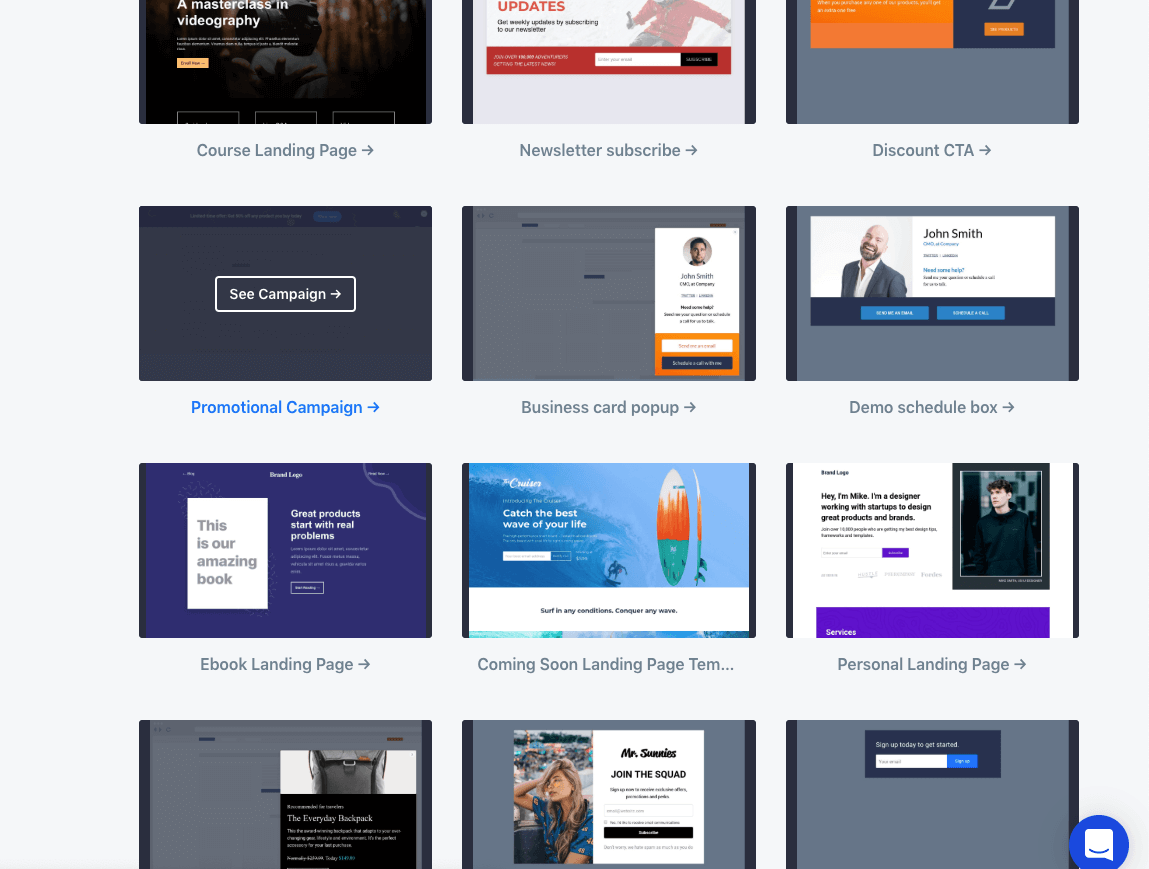 We can now preview the individual CTA templates included with this campaign template. To launch all these CTAs together as a broadcast, click "Launch Together +". 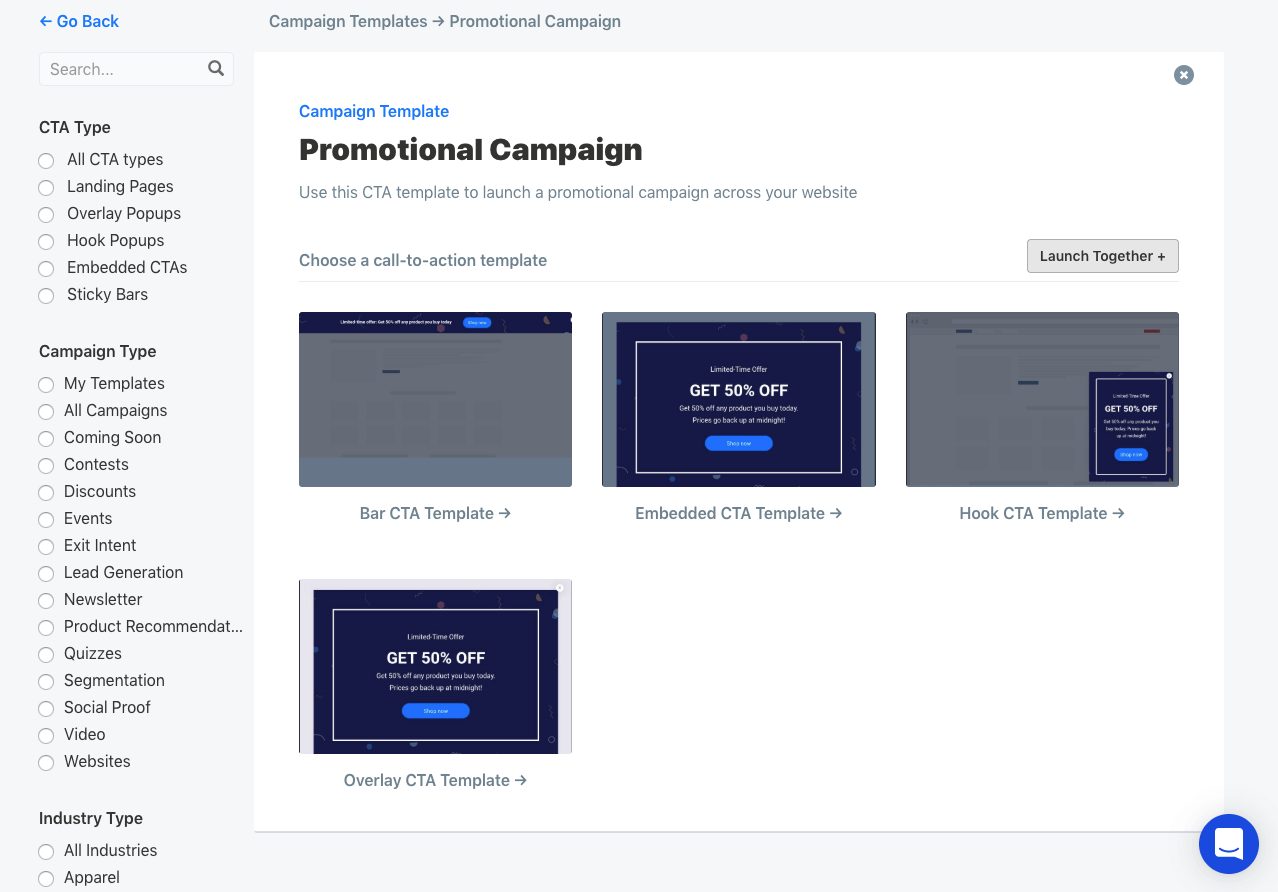 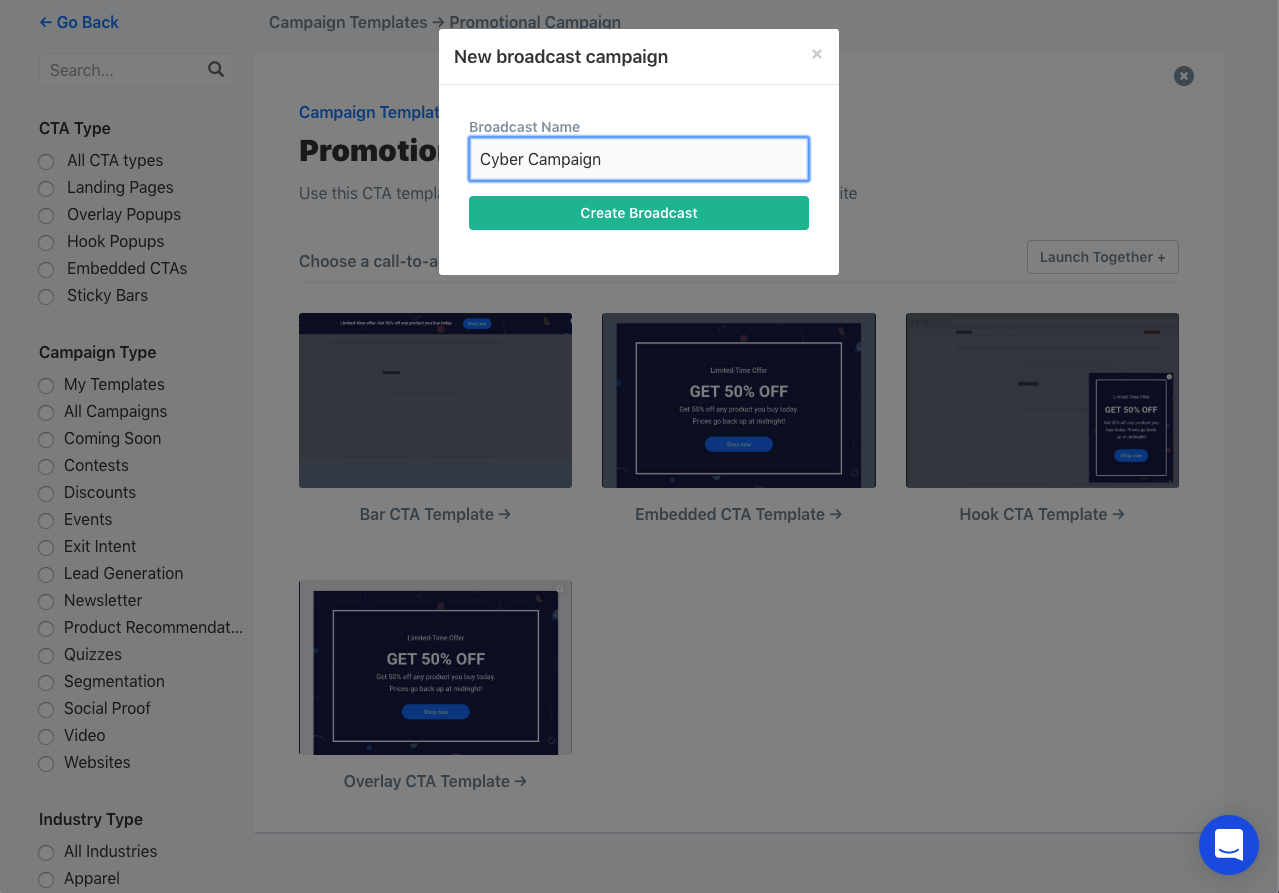 This brings us to the broadcast builder, where we can control whether the broadcast shows all the time or during a scheduled timeframe, which CTAs display with the broadcast, what visitor segments the broadcast targets, automations to run upon broadcast completion, and the status of the broadcast campaign.
First, we don't want to this broadcast to show indefinitely, so let's give our cyber broadcast a timeframe to display during the Black Friday and Cyber Monday dates. 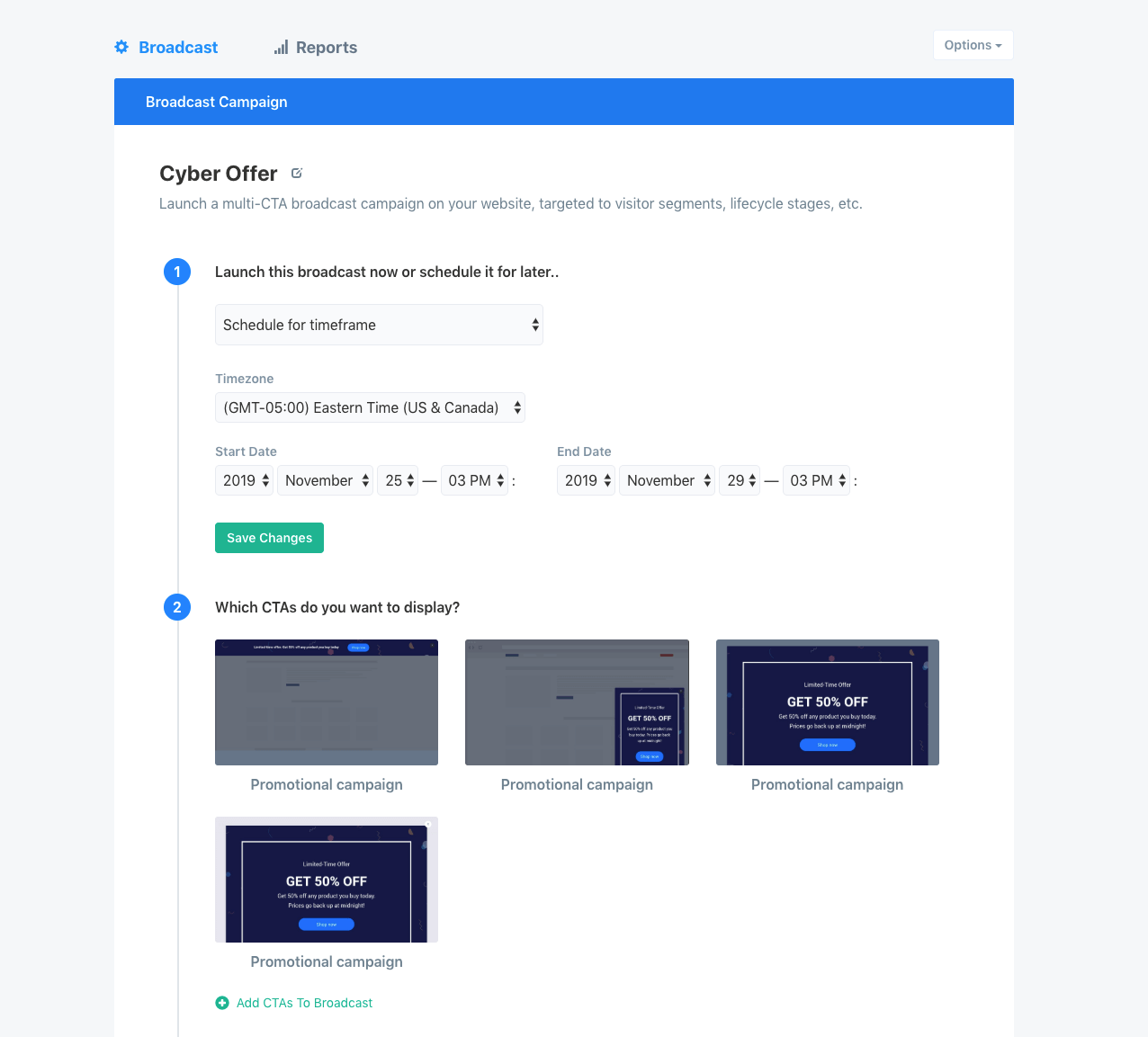 Next, we can add any of our website's CTAs to the broadcast campaign. Because we started with a template, our broadcast already had CTAs imported. 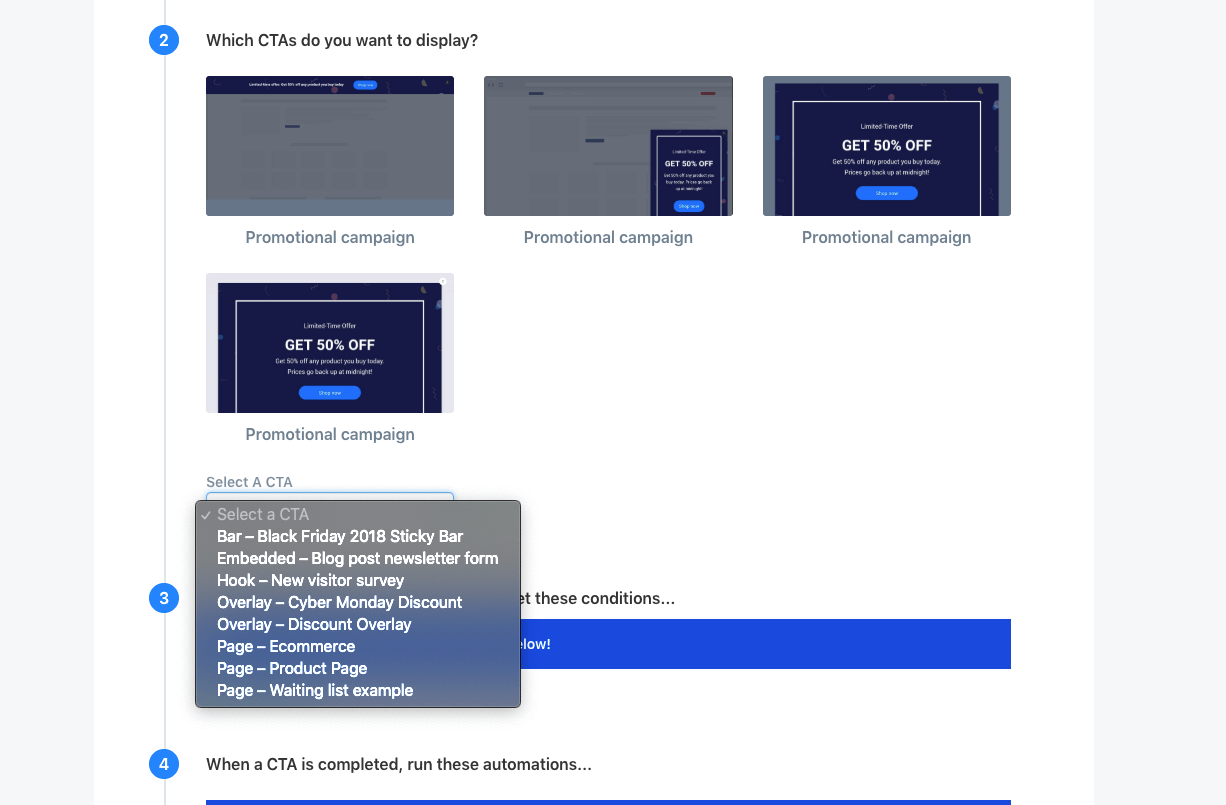 After that, we can add targeting conditions to determine which visitor segments see the broadcast campaign... 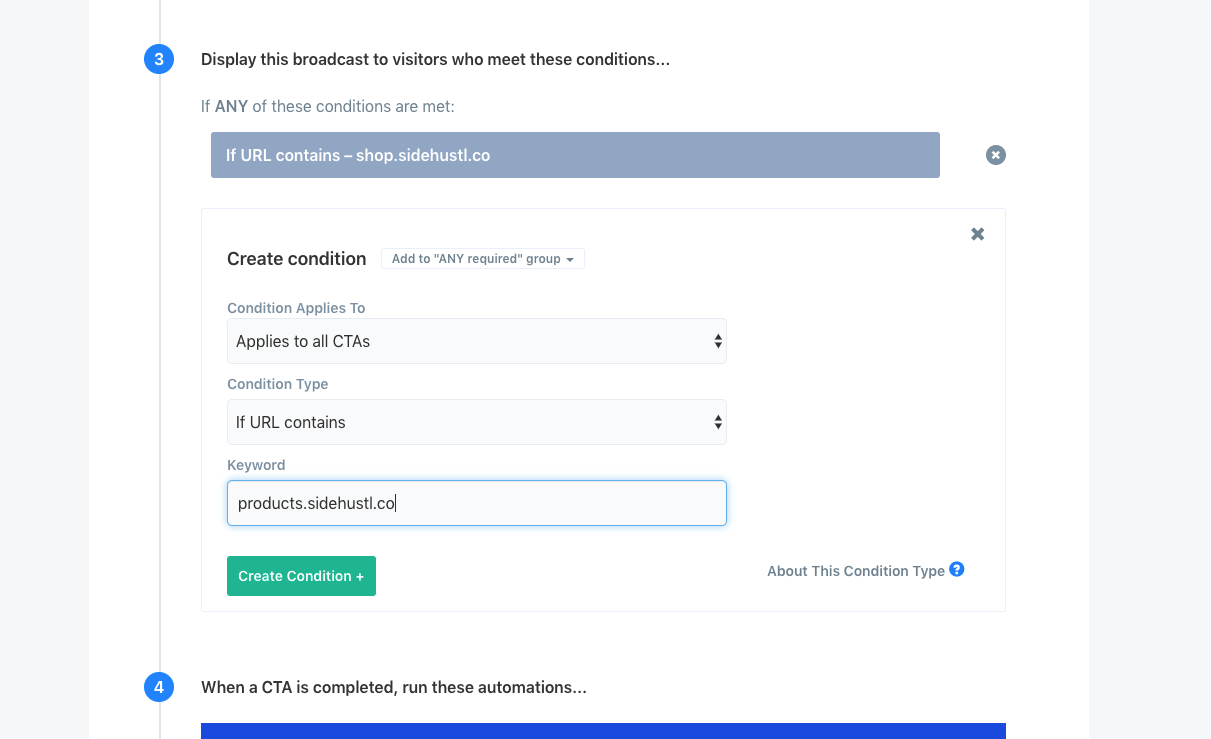 Last, we can add automations to run when someone completes a CTA in this broadcast.
Pro tip: Broadcast completion is tracked when the "Track completion of CTA" automation is ran upon completing a CTA's button, form or survey element. This completion tracking automation can be controlled by adding/removing the automation from button/form/survey elements from within the CTA builder, which is helpful for multi-step CTAs with multiple buttons, forms or surveys.  Read more here → 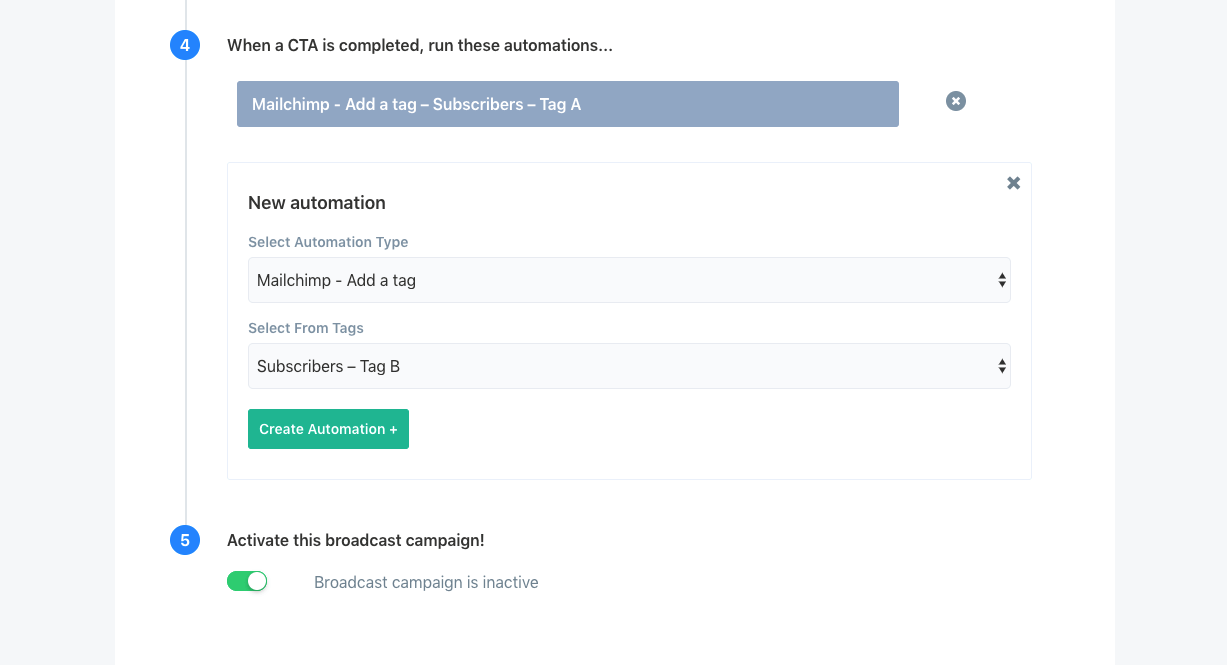 Once we're done adding automations, we need to activate the broadcast campaign by clicking the toggle checkbox, and it'll then start displaying the cyber campaign CTAs during the set timeframe.
As you can see, the broadcasts campaign tool helped me launch a time-sensitive, high-priority campaign, without having to revisit the targeting of all the standalone CTAs I've launched on my website.

With the broadcast launched, by clicking to the Reports page, we can now see how our broadcast is performing, as well as get reports on the individual CTAs added to the broadcast campaign. 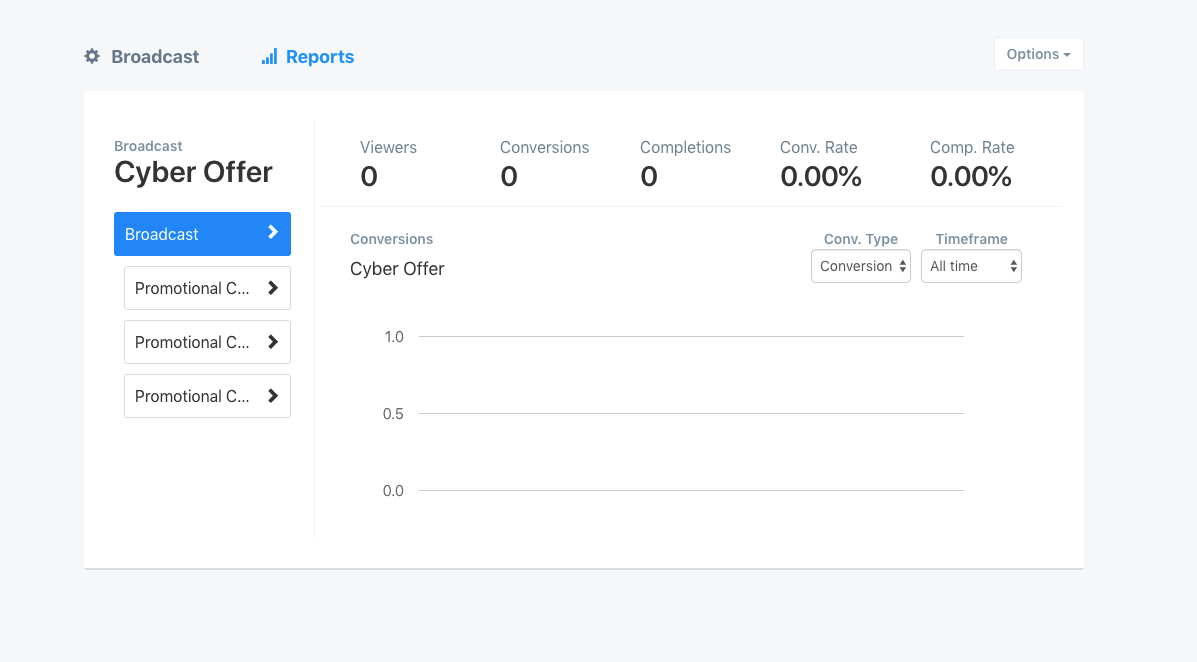